Dogecoin went bezerk this week with almost 20% positive gains mainly due to a viral TikTok challenge that encourages (unqualified) users to buy DOGE in hopes of getting rich when the coin’s price reaches $1.

The TikTok userbase is known to be superfluous and mainly composed of users with ages between 15-25yrs old. Add upon that the fact that the platform is a viral nest , an influencer and you get the perfect recipe for a pump! Someone had to do it , it was there for the picking.

The cryptocurrency Dogecoin has increased almost 20% in 24 hours over the past week. The price action is mainly due to the TikTok community that has been encouraged to buy this coin.

“Let’s all get rich! Dogecoin is practically worthless. There are 800 million TikTok users once it hits 1 dollar, you’ll have $10,000. Tell everyone you know.”

A multitude of influencers upped the stakes saying that everyone should buy at least $25 worth of DOGE and wait untill the coin hits $1. How would you like to make ten grand… easy. Now this story has another side, there is another camp that warns investors against this move as it is purely speculation or a hit or miss situation(heard that a lot …).

It seems it started on TikTok but spirits are getting pretty hyped on Twitter too, people are starting to get in on the action and surely it will lead to some result.

But what is DOGE exactly?

DOGE or Dogecoin is named after the Doge meme that most of you know, it was created by Billy Marcus, an US programmer on the LTC protocol. It was a joke mainly, wasn’t ever intended to create profit but has managed to build a strong community around it.
Do you know who is it’s biggest supporter? Tesla’s CEO, the eccentric Elon Musk declared late last year that his favorite cryptocurrency is DOGE , and it really fits his ”FU all” character a lot.

At this point it’s like monopoly, only you don’t even hold the dice, the heard has broken into a stampede and the buys are strong… untill everything turns from loud noise to sad silence for the ones that were beaten up in the process. I can deffinatly feel some “investors” selling their beloved assets for this one, it fits the description. 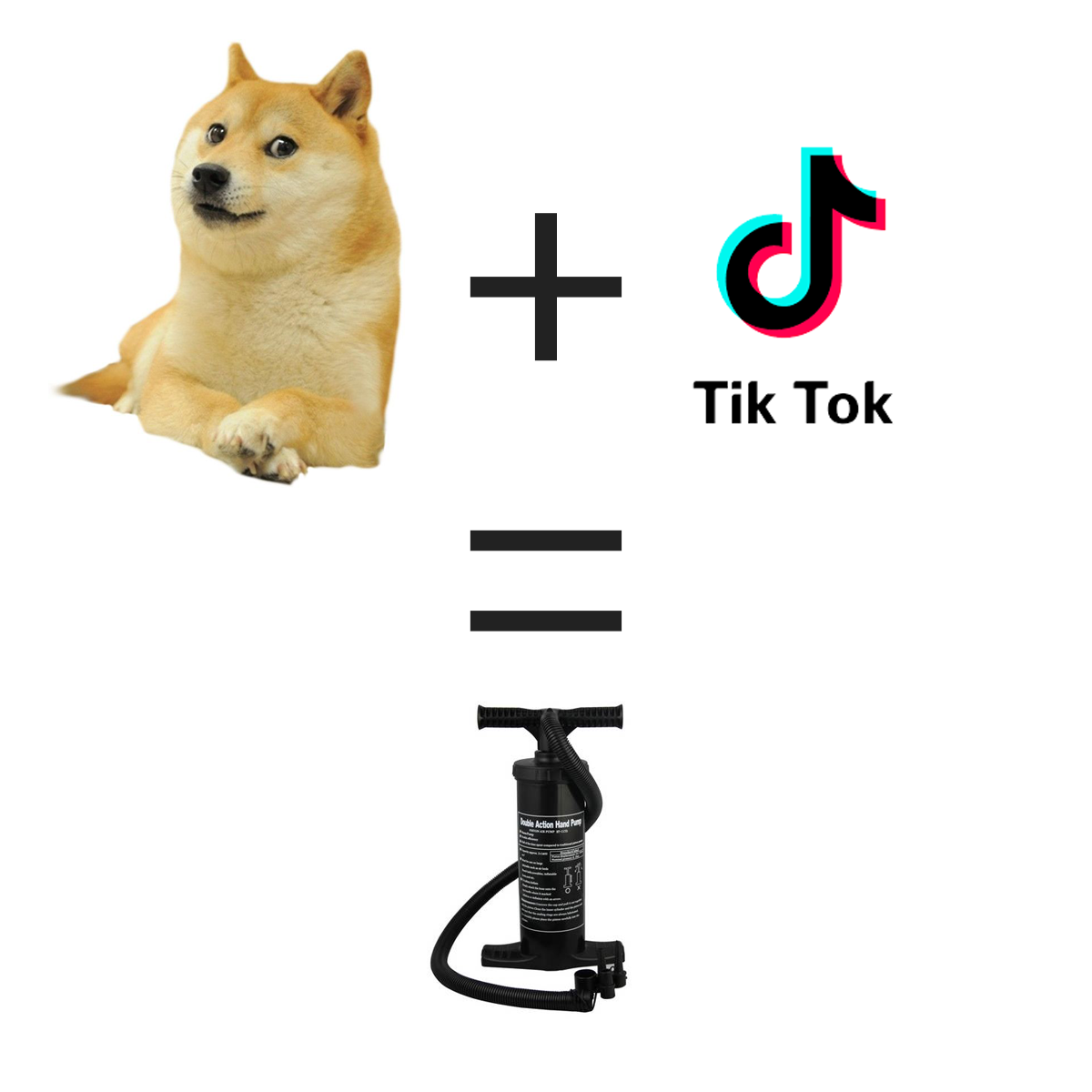