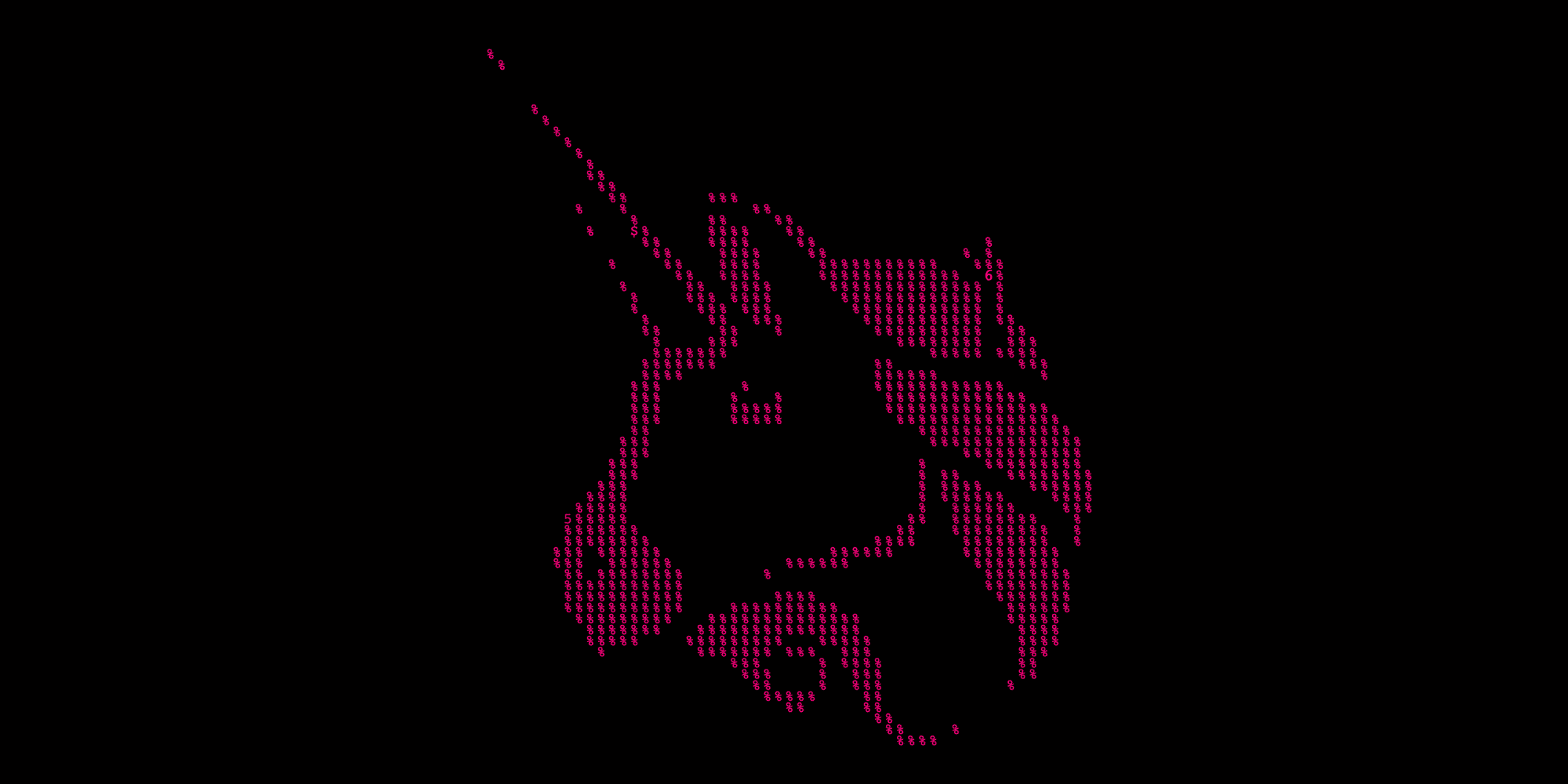 You might have heard about GameFi. If not, this new type of video game is gaining popularity due to its “play to earn” model. GameFi is free to download and play and uses blockchain technology to reward players. However, the question is what is GameFi? Let’s find out! Here’s a quick rundown. Let’s start with its basic features. What is GameFi? And how does it compare to DeFi’s liquidity mining model?

While traditional video games require players to spend money in-game, the new game format changes that. GameFi games are free to play, though they may require in-game purchases to advance further in the game. Once players have earned enough assets, their in-game assets are stored on a blockchain and remain there for life. Traditional games are designed by studios, which keep ownership of in-game assets and the responsibility for future updates. GameFi games, however, let the players have a say in how these games develop.

There are many differences between traditional games and these new games. Some games use a “pay-to-win” model, while others make money by letting players earn in-game currency. While “pay-to-win” games like Call of Duty require players to purchase recurring subscriptions, GameFi uses a “play-to-earn” model.

In GameFi, users can earn money by playing games and earning NFTs. In addition to earning in-game currency, GameFi allows users to earn real money by investing in the games they play. The game’s mechanics vary depending on the project, but common tasks include playing PvP battles, nurturing virtual creatures, completing quests, and owning “lands.”

The P2E gaming model is rapidly gaining popularity and could disrupt the traditional video game industry. With a global growth in crypto and blockchain gaming, GameFi could soon take over a sizable chunk of the mainstream video game market. As long as its developers continue to develop these types of games, it is expected that this new game industry will expand rapidly.

DeFi’s liquidity mining model was introduced to the world of blockchain gaming, and has been incorporated into several gaming projects. Axie, for example, is one such game, with its users fastening their AXS tokens to the internet for use as currency. The staking act was successful in September 2021, and the tokens subsequently earned are used to purchase in-game items. Mobox has also implemented staking into its game, with its users able to earn tokens that represent their holdings. Many smaller GameFi projects have also incorporated staking into their games.

In addition to the game’s liquidity mining, GameFi also provides a secure environment for users to store their ETH and DAI. To get started, users must stake their ETH or DAI tokens into the GameFi ecosystem. The Ethereum blockchain is a widely used platform for cryptocurrencies, including DeFi. The Ethereum blockchain is one of the most popular, and is an important part of the DeFi ecosystem.

Liquidity mining is similar to yield farming. Liquidity mining, also known as staking, allows users to stake their tokens to earn revenue. Like depositing cash with different banks, staking lets users chase higher yields. This strategy is similar to DeFi 2.0. Essentially, it offers a liquidity pool that allows users to deposit cryptocurrency and earn a fee. As long as the tokens are not being dumped, the system is sustainable.

Games on the blockchain like GameFi are designed to be played and earned without the need for complex instructions or a high-level computer. They also feature simple gameplay mechanisms and no barriers to entry. These features have made them a popular choice among casual gamers. However, to be successful, you must have the right crypto wallet and a game account on GameFi. This article will go through the most important steps to make sure that your GameFi account and crypto wallet are compatible with each other.

The GameFi DAO allows token holders to vote on game updates and content. Generally, these proposals have a financial impact on the game. To become a member of the GameFi DAO, you must own the project’s governance token. The voting power of each token holder is proportional to their number. Most GameFi titles employ a play-to-earn model to generate revenue. Traditional online games make money through in-app purchases, advertising, and affiliate marketing. In the case of GameFi, players spend their money on in-game items to help bring peace to nine distant worlds.

While many games on GameFi are free to download and play, others require you to purchase a starter kit to get started. These kits may include a digital avatar and other resources. Although they’re not P2E games, these initiatives are beneficial to users who wish to own their in-game assets. And since GameFi is free to download, it’s an excellent choice for new players. Axie Infinity and Alien Worlds are a few examples of popular games on GameFi.

GameFi is a cryptocurrency that uses blockchain technology for its monetary system. The new era of P2E gives gamers more control over the items they earn in-game. With the introduction of DLT technology, players can now obtain ownership of virtual assets through the use of tokens stored on the blockchain. Players have full rights to use all virtual assets earned through staking and can even sell them at high prices. The popularity of GameFi among gamers has demonstrated that this technology is highly beneficial for the industry. GameFi users are showing that the blockchain technology is vital and attractive. However, developers must find a way to make a profit from this new technology. The current low processing time and large transaction fees make it difficult for developers to develop new games.

A number of other companies are working to implement blockchain technology in the gaming industry. G-Link and Ethlas are attempting to create a blockchain-based gaming ecosystem that allows users to vote on future developments. A key benefit of GameFi is that it offers in-game currency holders a value for their time. The currency also has the ability to be traded for real-world cash or cryptocurrencies. The technology is intended to reward players for the time and effort they devote to gaming.

GameFi has a goal of transforming the virtual in-game economy into a real financial one using blockchain technology. It is using a distributed ledger to prove ownership of digital assets. With this technology, the network will shape the market for goods and services. Moreover, NFTs will make it easier for players to share their games with their friends. That is a huge advantage of blockchain games. The decentralized future of gaming will make them more popular and encourage more participation.

The first question on the investor’s mind should be, “Can I make a living playing GameFi?” A number of Filipino gamers have expressed interest in the game, with some even earning over minimum wage in the Philippines. The company has helped Filipino gamers turn their passion for gaming into a full-time income opportunity. The company is focused on building a decentralized gaming ecosystem and has pledged to build a multitude of features, including an NFT marketplace, Casual Gaming Platform, and Signature Gaming Platform. The company also promises to develop multiple DeFi mechanics, as well as an INO/IGO Launchpad.

The success of GameFi will be accelerated by the massive adoption of the Metaverse. The game’s popularity will eventually turn it into a profitable niche. Other similar games have achieved such success on the metaverse. One such game is Axie Infinity, a play-to-earn platform with soccer competitions. It raised over $2 million prior to launch. The platform’s popularity will only increase with time.

The GameFi ecosystem provides an endless number of opportunities for developers. Games are now capable of creating entire economies, industries, and histories. Since games are played to relieve stress, people have a strong desire to play and earn money. This can be an excellent opportunity for those who enjoy gaming as a way to make a full-time income. GameFi is a safe, secure way to invest your time and money.

While GameFi is not the perfect full-time opportunity, it is one of the hottest trends in the crypto space. Beginners should look at the Axie Infinity and Decntraland to gain insight into the ecosystem. These platforms will also show beginners how to play GameFi without facing a huge learning curve. There are also beginners’ training sessions for those who don’t know much about the game. 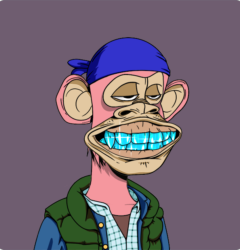 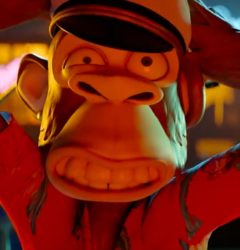 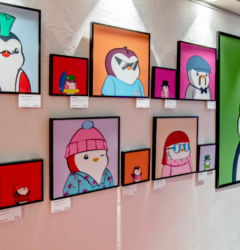 What Are NFTs and How Can They Make You a Milliona